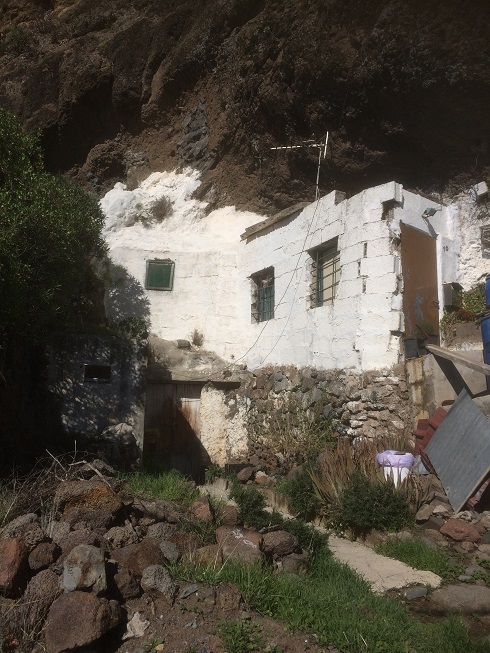 Today was our second day in Las Palmas. We had a whole day planed starting with a bus tour of the mountains in the northern parts of the island. The ride towards the first stop was quite long, though eventful as the guide talked constantly and the scenery was gorgeous enough to keep anyone occupied for the whole ride.

Soon we reached the first stop which was a village called Tejeda. Sadly we didn’t get to explore a lot as we didn’t have much free time, though we managed to buy some snacks for the ride.

After that we came to stop to of the tour, the highest point on Gran Canaria. We climbed up a bit and took some group photos while enjoying the view. It’s moments like these that I think to myself how crazy it is that this is part of our school! We swiftly moved on and soon reached the third stop - a beautiful mountain village called Artenara. There we visited a gorgeous cave church and some cave houses where people used to live. It was very picturesque and the temptation to settle down in the mountains of Gran Canaria in a little house was strong.

Though we all jumped back on the bus and were dropped off at the last stop which was a small family owned plantation where they were growing oranges, avocados, papayas, coffee beans and more. It was a very relaxing place to walk around in and a good place to end a day of excursions. For the last time we got on the bus which drove us down the serpentine roads and were dropped off in the city again.

Now all of us apart from Midship had free time until 10 PM. Me and my friends started walking up and down the roads aimlessly. After a while our stomaches started rumbling and we began the search for a place to eat. The minutes rolled by and we were starving, so we sat down at the closest place and settled with that. We realized that this weren’t the best idea we’ve had today as we weren’t very happy with our choice. But we sat it through and ended up having a very nice evening, with very good company and very mediocre food. When we were done we decided to go for churros, though now we were very pressed on time as the clock was ticking towards ten o’clock. We found a churreria and when we got our churros we had to run as fast as possible to a closely taxi. The guy selling the churros was very sweet and had given us some extra ones. Filled with adrenaline and churros we finished our day on top!