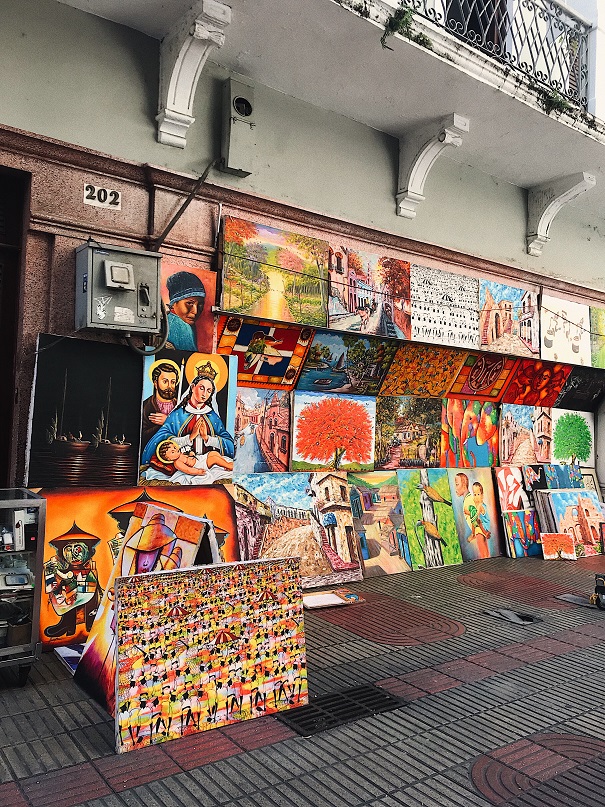 A not so good start in the Dominican Republic

We have been in the Dominican Republic for some days now and have done a lot of things, for an example: Danced merengue, eaten a lot of good Dominican food and walked along the streets and some of us bought beautiful handmade pictures.

Hello everyone at home!

We have a wonderful weather here with 29 degrees and lots of sun. I feel kind of bad for you all that have to suffer through Swedens cold and awful winter. But even though you may think that everything here is all wonderful and nice, I must confess that everything isn’t always that perfect. When speaking of perfect I have to share a thing that happened to me the other day, just some days before arriving, that absolutely wasn’t perfect.

Me and Ture were ”backisar” together and had just started to clean the kitchen and had one, simple thing left to do, to clean the floor. We started to clear the floor from all the things on it and was getting it ready for the hose. Everything was going fine from the beginning but us poor backisar had no idea what was waiting for us for the rest of the watch. It was when Ture poured a cup of coffee to Hans, the captain, that we heard something fall on the floor inside the kitchen after a big wave and both me and Ture looked frightened at the big cup that had felled. It was a big bin of old, disgusting, brown-ish and clumpy grease from the frying table above, that had been standing there for weeks that fell. We were standing completely still and just watched hell spreading around the floor and had no idea what to do due to the fact that this was for sure the worst thing to happen. But it was only the worst thing that could happen for a few seconds before we both heard how another bin full off grease fell and saw the dubble amount of grease on the floor going everywhere. It was going back and forth with fast speed thanks to the big waves outside and grease was getting through to every corner of the kitchen. By only looking at what was happening in the kitchen, that easily could had come directly from a horror movie, we realized that we had to tell the chef about it. Ture runs and comes back with Kalle shouting ”motherfucker!” to both the disgusting sight and the horrific smell. The only thing I wanted in that moment was actually to just fly back to Sweden, even though the cold winter that I hate, because I cant even explain how awful it was. But me and Ture had to clean everything up and I swear, it was the most disgusting thing I, and we, have ever done in our life and I think that after this, I am capable to do everything.