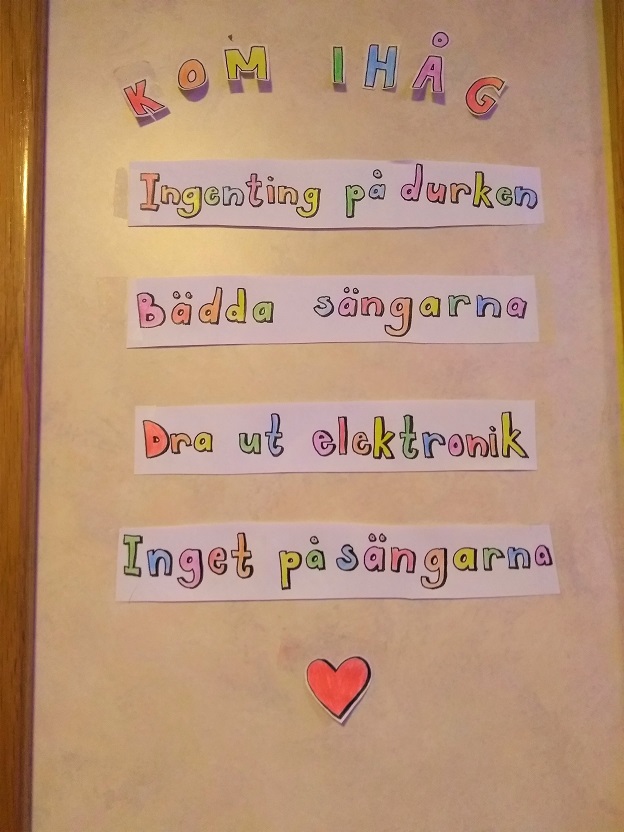 The 14 of December 2019, a slightly irregular day in the life on Gunilla.

Well, this was our last day in harbour. I'd really enjoyed our time in Las Palmas, it had been very fun exploring the city but at this point it kind of felt like we'd seen most that there was to see.

This day brought a lot of new things, we woke up and we were finally off of dry land and back to sailing around the world! Only for a little while though since we had to make a gas stop. We were out of the industrial area this time and it was pretty strange not being surrounded by cement and middle aged builders. Instead we had a gorgeous view of the local mall, which is actually where I spent my only on land hours for the day because I had gotten ”landgångsförbud” or ”land going ban”. I'll tell you how I got to that point.

We actually only arrived to the gas stop in the evening, the earlier part of the day had been spent sailing (or motoring since we didn't have any wind). I had personally spent most of this time bunkering up on sleep for the coming on-watch days but after lunch I spent some time with my roommate Sigrid. We went up on deck and had a lovely time drawing whilst some people were playing away on a guitar in the background. It was very nice. We also talked about our plans for the day, what we wanted to do on land since it was rumoured that we might get some on land hours. Then we headed down into our room, the eighth down the hall.

Our friend came by and asked if I could do her makeup and I happily obliged. Then, all of a sudden, it was time to get up and hurry, hurry, hurry, for uppställning which you do not want to be late for or you will get a dissapointed look/a passive agressive comment from your watch leader! This meant either leaving my friend with a half made up face and cleaning up all the makeup on the floor or finishing her up and leaving the clutter. We chose the latter option.

We were in time for uppställning but as we stood there we got a shock of terror. When the uppställning started one of the crew headed into the students part of the ship equipped with a pen and a piece of paper. This could only mean one thing, room check. Room check is where the crew check all the things on the boat which students might do that could lead to all our deaths, like:

Leaving stuff on our beds, and...

Leaving stuff on the floor.

We were aware of our guilt, and of the coming punishment. Panicked, we tried to make up a plan, knowing that if they saw the state of our room we might be banned from ever touching land again. Maybe someone could say they needed to use the toilet and could actually run down to fix our room, or someone could fake a seizure and someone else run down to get a first aid kit but actually run down and fix our room. Alas, it was too late. The crew member stepped out and read us our fates.

Room 8, makeup all over the floor, landgångsförbud.”

And, there it was. We had sinned and now we had to do our time. Our time was actually only two hours though which I found very generous for the severity of our crimes. We were allowed to leave after dinner which I genuinely found very kind. Me and Sigrid headed to the mall of course and bought some snacks. Now we certainly know what happens when we leave our rooms messy and through some arts and crafts it will never happen again!

Nothing on the floor

Nothing on the beds

Thank you for reading my blog! /Maya