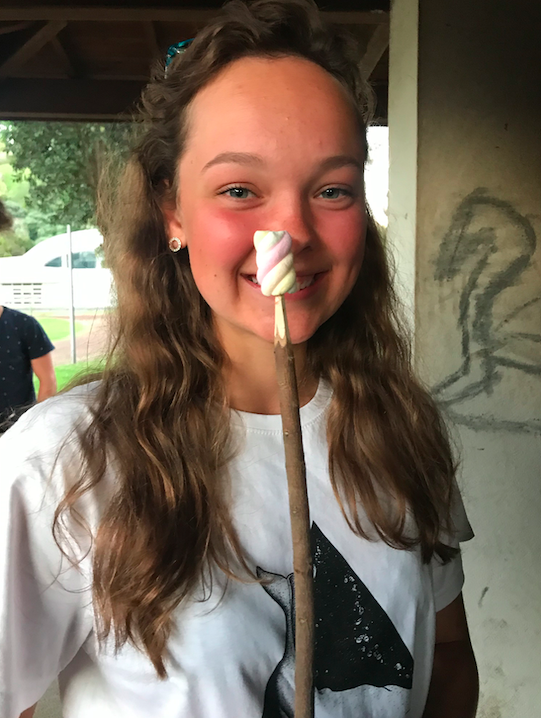 Last day in the Azores

It has been a somewhat hectic day with preparations for tomorrows departure. Before departure, it’s important to secure everything onboard. Buckets, tools and so on must be wedged in corners and jammed together so that we don’t have to deal with things flying all over the place when the first waves appear.

During the day we’ve spent some time painting, so that our dearest Gunilla looks her best when we arrive at Öckerö in June. For those who weren’t on Gunilla working all day, some strolled around town to embrace the liberty you have on solid ground and others took some time to hike up Portugal’s highest mountain, Pico. They had gotten up and down the steep mountain safely, just in time to catch the last ferryboat over to the island where Gunilla is located. When everyone had gotten their ticket and started to fill up the queue to get onboard, one last person from our crew was falling behind. She was told that there was no room left for her on the ferryboat... This meaning that she would have to stay on the island with one of our watch leaders as the rest of our crew got on the ferry and waved them goodbye.

As soon as the news got back to Gunilla, we immediately knew what had to be done. We had to launch our tender boat called Berit, which was a bit difficult because there were two other boats blocking the way. Eventually Berit was sent to rescue our fellow crewmembers and they were safely brought back to Gunilla

Finally, to finish of our last day in the Azores, we walked to a park nearby and grilled marshmallows and banana with chocolate, played some football and had a good time.