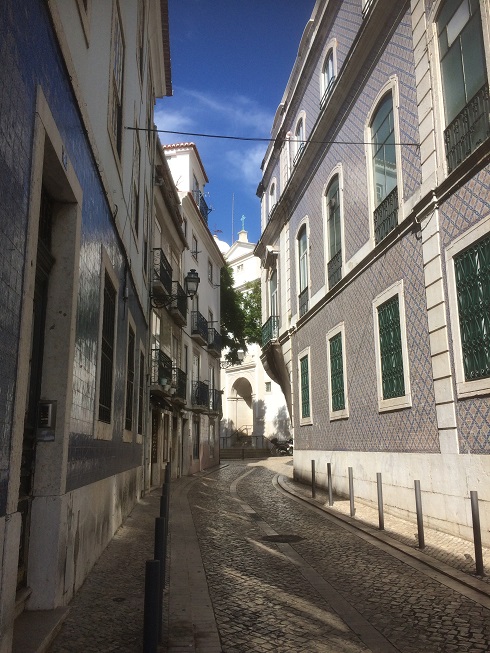 Rave in the navigation cabin

I felt very tired as usual when I was awakened at 3.30 in the morning which is to no surprise. Tiredness is just sitting in the brain says the commanders, or not. I took on all the clothes I own as I was told and went out on deck ready to take the morning with storm.

Honestly, I don’t remember much of the first half of the watch I just remember it being freezing cold outside. I was thanking myself each minute for putting down my warming gloves in my pocket, you learn to appreciate the small things onboard. Despite the bad weather we had some good things to look forward to, firstly it was scones to night snack and secondly, we saw the coast of Cherbourg during the whole watch. I quickly get tired of being at sea so the knowledge that mainland was close was such a relief for me. Unfortunately, you will not get away with sleeping on semi-deck the whole watch, we had to work before reaching land and so we did. A big snack and one hour of work later we earned ourselves some relaxation, so we lay down in one big pile on deck. I was just about to nap when our shipper came out asked what we wanted to do on our last watch together as a team. The day before we finished our shift singing loudly and dancing hysterically to old childhood classics. It’s hard to explain how fun it was for someone who wasn’t there but trust me we really did have a great time. So, in one loud choir we shouted, “rave on deck”. To that the shipper answered, “why do it on deck when you can do it in the navigation cabin”. Usually were not allowed to hang out there so our answer was obvious. We lighted the disco lamp in the cabin (of course the commanders have a disco lamp) and started “partying”. I know it sounds ridiculous and from someone standing outside I for sure know we looked stupid, but we did at least laugh a lot. We kept on dancing till the end of the watch were we said goodbye to our commanders by singing them a song (a self-made cover of circle of life).