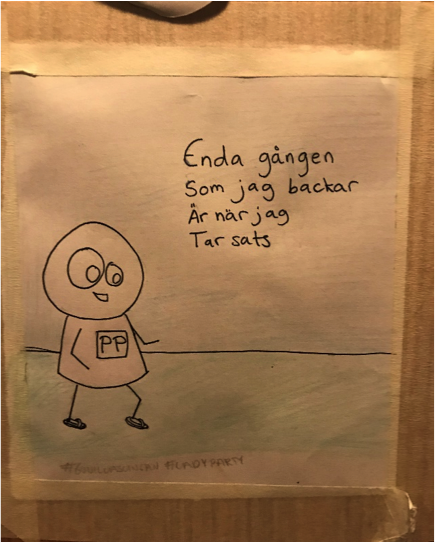 The bacon- and watch changing day!

Today was not a regular day, today was the Bacon-day! That implies that we get egg and bacon for breakfast so as you could understand the Lilla mässen(where we eat) was filled with people who wanted breakfast.

Even we who never use to eat breakfast forced ourselves to get up just to enjoy some breakfast. For me, who always is tired in the mornings, was it in fact the first time that I managed to eat breakfast on the boat instead of sleeping through it.

After breakfast it was time for watch, which also meant the last watch with our watch leader as today was the first time in Gunilla’s history that we were to change watches at sea. We use to change watches after we leave port but since our next stop is Öckerö, that will not be possible. The crew had made us a special scheme with both four hour-watches and two hour-watches so that no watch would work for to long. We have had our duty time from 8 to 12 since we left Belize and were supposed to only have it until Mexico, which means four days, now we have had it for 31 days. That we had come close to our officers of the deck was not strange. Our first four - hours - watch today was with them, at the end of it we sang a song to them that we, in our watch, had written ourselves. We used the melody of Dancing queen and changed the lyrics to be about how much we will miss them. I hope they liked it! Later, we had our two - hours - watch with our old watch leader that we had the first third of the voyage. When we are at sea you only meet the persons who are in your own watch therefor is it really exciting to meet those that you have almost never spoken to for a month.

At 12 o’clock it was time for our first watch with our new watch leader and I think we all felt that some new routines were good for us. Even though some was not excited about the change was it needed. Since most things we do onboard is very long-winded even a little change in the everyday life, like eating breakfast or talking to someone you don’t meet to often for example, can make life onboard little easier and little more exiting.