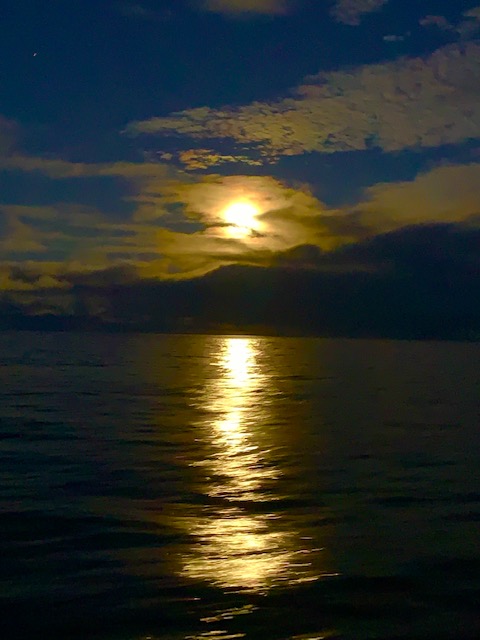 Even though you are dressed to survive the coldest of Biscay nights you can still feel the wind slashing at the points where your clothes do not reach, and you can most definitely feel the northern sea waves seeping into your rubber boots making every step just a little heavier.

Nights like this should be filled with singing, laughing and feeling the pain as your hands disintegrate when you manipulate the ship via the many ropes available, just like a marionettist with his doll. One could also see thousands of stars on the dark canvas, the mighty Taurus or the forever chasing Orion on his endless pursuit of the Pleiades. One may even see the bright yellow moon making it’s entrance from the edge of the world.

This night however unlike many others was not this. This night was a short night. Because of unfortunate winds coming out of Scheveningen we could not trust the sails to carry us. But rather the trustworthy, diesel-guzzling, Volvo engine to thrust us forward. This meant less work needed on deck, therefore the skipper decided to split our watch in half. Meaning only two hours of staring into the black morning.

Hours pass, and although both of them feels like an eternity in the moment when all is said and done, it is done so in a heartbeat. When you would usually see the sun shooting beams of golden over the livid waves you know that your work on deck soon would come to an end. Atleast for now.

The bell would have been struck eight times and as you step under deck you would be greeted by warmth and the smell of hot porridge, porridge preferably served with cinnamon and ungodly amounts of sugar. This time however after standing lookout for a majority of the time, the bell was only struck four times making the whole two hours feel so nonexistent.

Like I had dreamt it all. Because there was no hot porridge waiting for me, just an empty bunk and a moment for actual dreams.