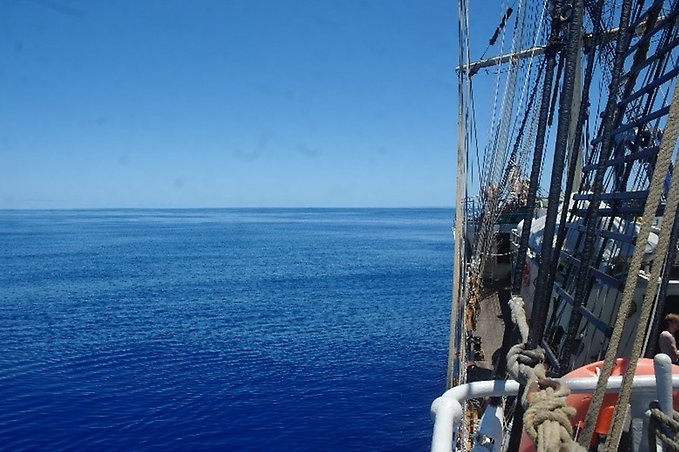 Day eight at sea. The time goes so slowly here on Gunilla but at the same time I have no idea where the time has gone.

Our captain thinks that we are going to be in Grenada in six days, but we all want to trust the datasystem on Gunilla which says that we are going to be there in four days instead. But no matter if we arrive in four days or six days we have a problem, our ankar is not working and that makes us forced to find a ”boatlot” earlier than expected. If we can’t get a ”boatlot” before, we have to like keep sailing around the island for three days or something. I really hope that we can get to the harbour ASAP when we arrive.

Today has been a lazy day. I think we all feel a little like that Bruno Mars song. ”Today I don’t feel like doing anything, I just wanna lay in my bed…” All our routines have now become a habit. Everything goes on and on. So I hope eventually that this Bruno Mars song is going away from our minds and that Justin Timberlakes song comes up instead. ”Can’t stop the feeling, so just dance, dance, dance, dance”.

But something cool did happen today, when starboard were working on deck a couple of whales showed up. To be on the Altantic ocean for eight days and only see blue water is kind of boring. So that was really something.

Hope you have a good time at home!