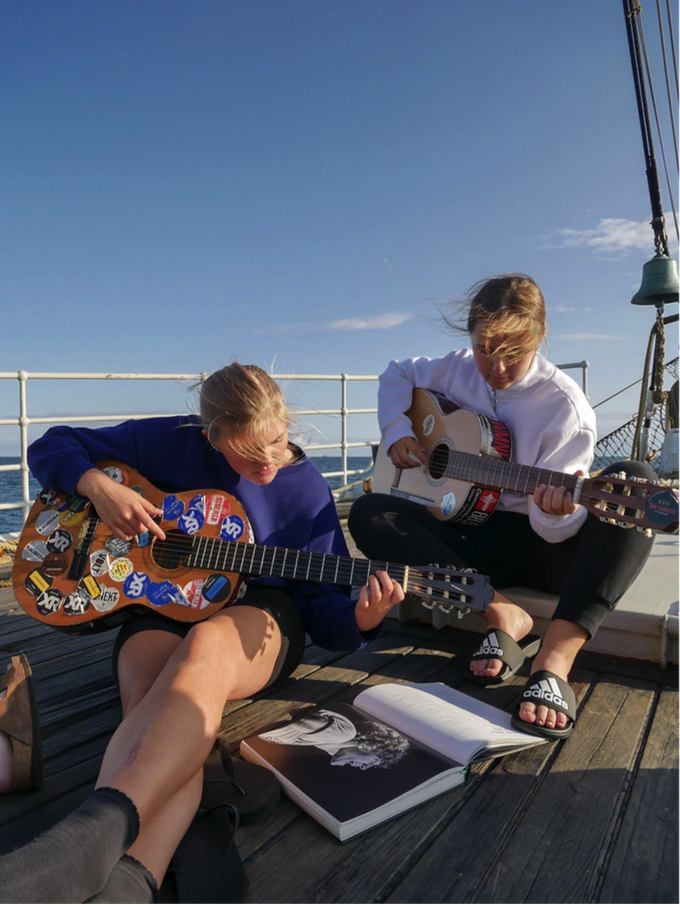 An eventful day onboard Gunilla

It has been an amazing day at Gunilla!

The day started as usual at 07:00 for me and my watch, starboard. After a tasty breakfast with crispbread and cornflakes it was time for the morning watch. When we came up on deck we saw that almost all sails were set, and that we went in the wrong direction. Instead of going against the wind we went through the wind, and instead of going to Germany we were going back to Sweden. That means my watch had to take down all 16 sails. When we dowe a sail we pull tamps with our hands, which after five days at sea starts to hurt really bad. It was heavy and hard but also really cool.

Tomorrow we will arrive to Lübeck and I am really excited. After 5 days at sea with a lot of seasickness and lack of internet, me and my classmates are really excited to go ashore. During these five days at sea we have sailed almost all the time and we haven’t done so much maintenance which I think is the fun part.

After the morning watch we had lessons like usual. I think it´s kinda hard to study onboard because there are a lot of things that I think is funnier than to study. For example watch a movie, hang with my friends or sleep. But after a lesson that actually went kinda good we ate a really nice dinner.

When the clock were about six, me and my watch took two guitars and went up on deck. We sang swedish favourites together. We sang for example “din tid kommer” of Håkan Hellström and also some christmas songs even though it´s August.

At 20:00 it was time for watch again. Like always we cleaned the boat, which as usual takes like an hour. After that we learned about one mast on the boat called “mesan” and how to set sails on that. After a good “fika” we went back on deck where our captain Hans played guitar and sang songs, during the live music I also saw three starfalls.