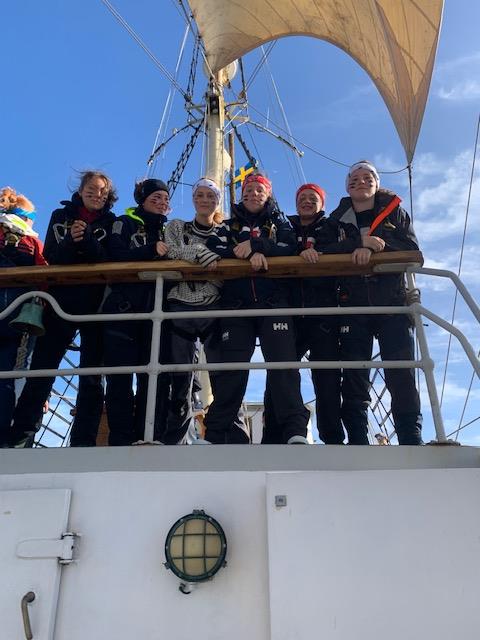 My day started with packing the last of my things I need for almost two months on board the T/S Gunilla.

It’s so much more then you think, especially on this trip, that will have very different weather and temperatures. This, because we sign on in Rotterdam in middle of September, when it´s pretty cold, and sign off in Las Palmas in the middle of November when it´s probably will be quite hot.

On the afternoon I meet the class to board the bus that would take us to Rotterdam, a trip that would take 17 hours. The first hours on the bus were really fun. Everyone was so excited, but after our stop on a rest area in Skåne where almost everyone had something to eat, the bus became more quite.

When we finally arrived to Gunilla we met up with NASJD2023. We had lunch together before they signed off and took the bus home. We started with our “familisering” to get a reminder of how everything works onboard at Gunilla. After dinner we went out for some sightseeing around Rotterdam, which is a really beautiful city.