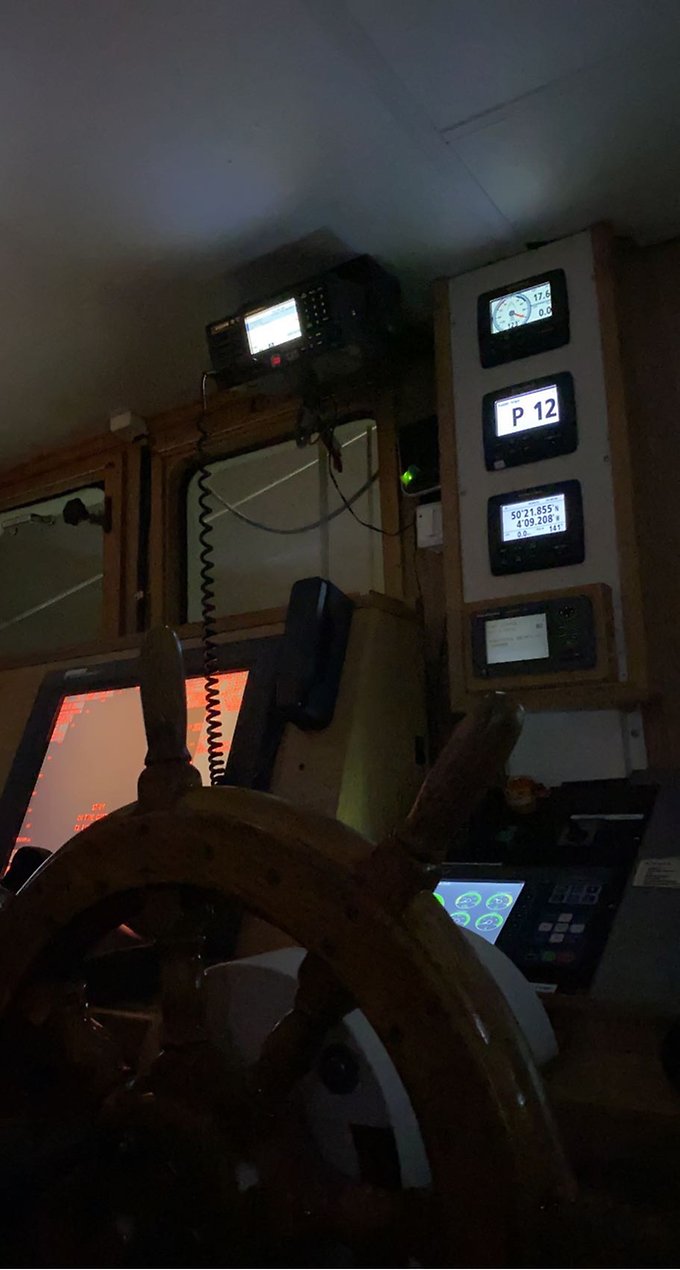 7 o’clock my watch, Starboard, got woken up for breakfast as usual when you have the 8-12
watch. When we got out on deck, ready for work we noticed that we were right outside
Plymouth. Where we had to lie and rock for a few hours before a pilot boat came and led us
into the harbor.

The first thing we did on our watch was to dowse the last sails. Me and three others went up to the formast to furl the topgallant. We went out two on the starboard side and two on the portside. It was a bit problematic to furl the sail when it was blown up like a balloon. This made it difficult for us to get our arms around the sail to be able to fasten the seizing around it. It rocked quite a bit in the rig which I personally do not like because I easily get seasick. On the starboard side (where I was) a seizing was also broken at the end of the yard so we could not furl the whole sail.

At least I got to see a dolphin jump in the water nearby the boat when I was in the rig. The guys who were out on the portside almost got attacked by a bird. It was a quite large bird, which resembled a seagull but had black spots, which flew from behind just below their feet and up in front of them. They got really scared and screamed which I found so hilarious that it made my day. By the time we had entered the harbor the clock was a little after 12 but our watch did not end
there since we had watch day in port. Since we did not do much on our watch I thought it was nice because I was really tired. What we did was to put chafing gear around every cable and “nice” furl the rig. Me and another had to climb up the formast to the topgallant again to replace the broken seizing, as well furl the sail even nicer. Then I and five more had to “nice” furl mainsail and then do the same on the jib.

The day ended with the daily cleaning under deck. I also had a night watch for two hours. Usually we have to sit outside but as there was going to be a storm we got to sit in the navigation cabin.