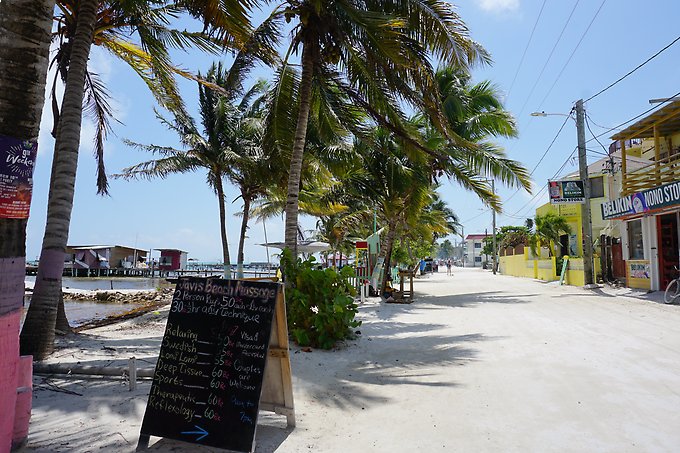 Dylan Novello wasn't your average snorkeling guide, the name in itself speaks a story.

Short curly hair bleached by the Caribbean sunlight topped of his rugged and cut face, perching atop of a slender yet ripped body. Minor characteristics such as a mole and a few scars gave him a unique yet distinctive look. Not to endorse ideals nor give you a false impression, credit is given were credit is due, the man was handsome. This in no way validates his persona, but it certainly boosted him in the eyes of himself. He had an arrogant atmosphere about him, eyes which glint screamed “all you need to do is ask” and a beaming smile oozing charisma. Bearing every visual trait of your typical television con artist.

As we steeped on the dock the sea breeze wasn't as refreshing as I'd hoped. Forty-five minutes cramped into a small ferry gave you the sense of being in a sauna, wrestling for space to sit without being forced up against that dark stained american tourist sitting on either side of you. Finally at bay I was anxious to leave, but the illusion of the walls of the boat being the source of misery was broken as I stepped ashore and the tropical heat brushed against my poor choice of black clothing. I couldn't help but feeling envious of those lucky six who got to join the helm on the roof of the boat, only feeling the luscious wind as we sprung along the waves.

Pushing through the throng with the rest of starboard and midships hoping to reach a vending machine or anything serving cool drinks we were disrupted by our reservation. Greeting us was a short plump man with a sign spelling one of my classmates' names, he guided us two blocks through the street as we reached a small hut with a blackboard saying something about snorkeling. I was surprisingly amazed by how beautiful the town was, gorgeous buildings all of different structures and in lavish colours followed like avenues as far as my eyes would reach as we went along the streets, only palms and mangroves filling the gaps. All of the roads were all of clean white sand only populated by golf carts and bicycles. Much different from the slum yet charming Belize city, Caye Caulker reminded me of a modern day 19th century colonial town, such as the ones portrayed on tv.

Maybe that's just it, deriving from its history it was the equivalent of pampered up barbie doll, probably still in prisoned by western corporations. A tourist attraction if I've ever seen one. I am suppose to hate this. If I'm ever to be considered a real traveler I should be protesting against something at the barricades, not sponsoring it with money out of my parents' pockets and giving out free advertisement as I shared another coriander filled nacho plate on three different forums of social media. However, knowing myself I would never fall under those general guidelines, being free spirited and in pursuit of the genuine experience might be fulfilling for some. Though in a sense nothing is as genuine and contemporary as a tourist paradise. Their society depends on it and by the looks of it thrives, my “creamy double banana sensation” and all these flamboyant buildings might be hollow in the eyes of somebody else, but I felt happy feeding my gluttony.

After payment and arrangements for our coral exploration was made we met him. Striding out of the backdoor of the hut laughing like he'd just made an hilarious joke he walked towards us. He introduced himself as if it was our pleasure to met him. Charming, complimenting someone on something every other minute, whether it be skirt or smile. We stood there perplex as time went on. Everyone was gearing up, changing into bathing suits under their towels. As I was putting sun block on my friend's back as he told us to split up into two groups of eleven and sixteen, I joined the later and that was the end of my and Dylan's time together. Because that's all there was to it, a short first impression. We briefly met with the other group during our time in the reef, regrouping first at the end of the tour. I'm not bothering telling you about our trip because it's irrelevant, it was great but outside of what we were expecting to see, nothing out of the ordinary took place. Our guide made a solid contribution, it was obvious he'd been doing this for years. However on Dylan's boat things went down a little differently.

Dylan was "a demeaning piece of shit" one would say, another absolutely adored his way of interacting, and a third was a bit in-between. We had just finished feeding some harmless though gigantic fish as we stepped ashore again. The ride was incredible however after looking for seahorses in the shallows as a nice rounding off I started to hear incoherent, yet annoying remarks being made such as “I don't appreciate being called darling at every turn and him always undermining me because I'm a woman”, while at the same time I hear Dylan screaming out to one of my classmates names as she blushes and waves a hand in the air. Apparently the other boat had quite the eventful trip.

Soon after returning the snorkeling gear and heading off to a restaurant searching for some proper food my curiosity exploded, what on earth had happened on their boat? I asked my fellow student who told the tale of Dylan Novello, the somewhat inappropriate sex bomb. My jaw dropped.

I'm terribly sorry to leave you this cliffhanger but since this blog was due yesterday there simply was no time. Although I would like to leave this question for you to reflect on. Do circumstances excuse ours and others behavior? Foreign policy differs but why does our own social protocol adapt instead of standing just?