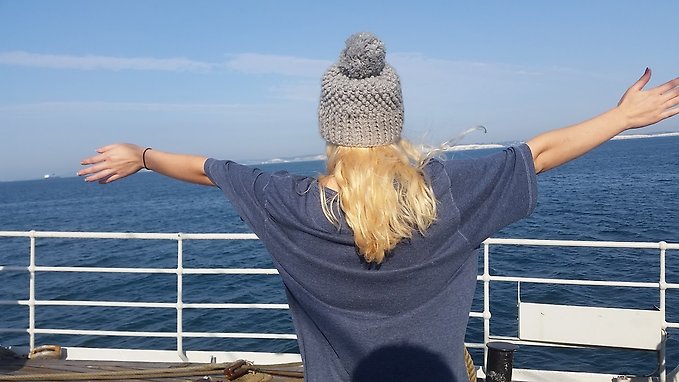 Hello Sweden, today we reached Malaga after three days of terror with a lot of puking people and bad weather.

From the start of our journey to Gibraltar we had rain, powerful winds and 5 meter tall waves but when we entered the medeterainien sea this night it all went away. Instead we got sun and a clear sky.

This morning we were woken up 25 minutes to late by the roundman which later hid to avoid getting yelled at by the officer. This meant that our guard were late to the breakfast and then to the roadcall. All of this lead to that our guard got yelled at and the roundman fleed away and survived another day, just as he always does.

After that we had at pretty calm and normal guard. At 13:00 we arrived at Malaga two days earlier then planed but with a crew that was healthy and happy. This was great but there was a problem we were not allowed in to the harbour because we were early. So we realesed our anchors and prepared to stay outside Malaga for two days, constantely getting teased by the beautiful view.

At 15:30 the captain announced that were going to be allowed to jump of the boat and bathe in the sea around the boat. It was a lot of fun and really refreshing bathing in the warm water.

After that nothing fun happened but I must say that this was one of the better days we had so far. I hope we have many more days like this or even better and I wish you all that read this blog a happy day.