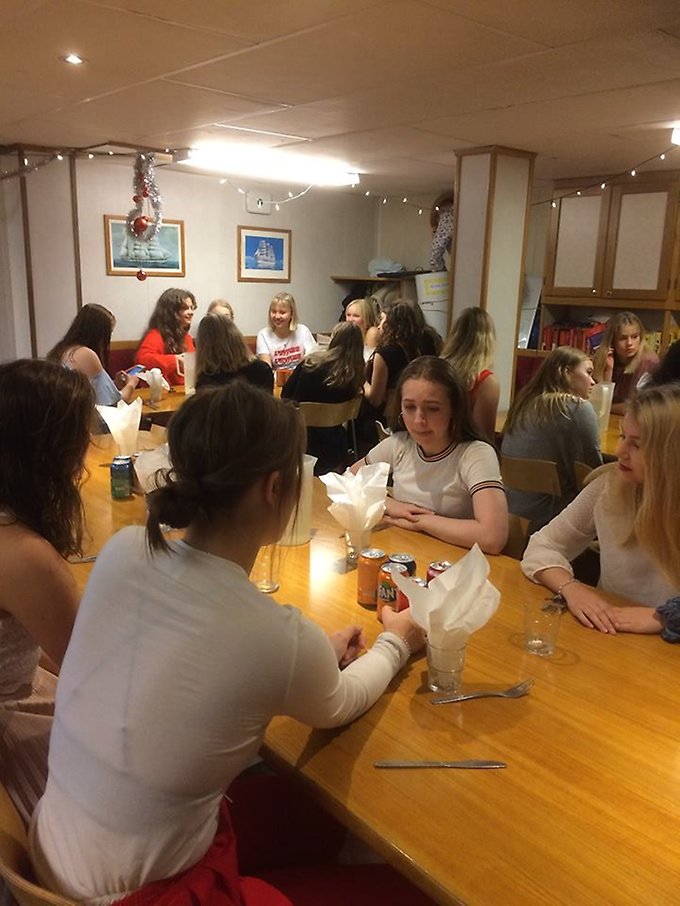 Christmas on T/S Gunilla was not like any Christmas we ever experienced before. It was hard to get that Christmas feeling but everybody did their best and at the end of the day we all agree on that we did get some Christmas spirit.

Everybody had lunch together and the food was as christmasy as the chefs could do it. We had typical Swedish dishes as meatballs, potatoes, herring and for deserts marzipan figures we hade made the day before. After lunch we preformed small scenes from Donald ducks Christmas on main deck. One group did Ferdinand, one did Snow white and the last one did Cinderella. It was really funny and afterwords at three o’clock we looked at the real tv-show together.

At 4 o'clock Santa (kapten) came and asked if there were any nice kids here and of course there were and we all got one present each from his bag. Santa told us that he was going to Hawaii and jumped in the water out of the blue and 5 minutes later the whole class was in swimming clothes ready to jump in the water. It was the first time we swam from the boat. The water was about 22 degrees, tourqouise and very salty.

The day kept going normal sea work times. The ones that was free played with their gift from santa specially a water gun became a very fun activity for us.

I think we all can agree that this was a very special christmas and like no one else we will ever experience again in our lifetimes.

We all wish you a marry Christmas!