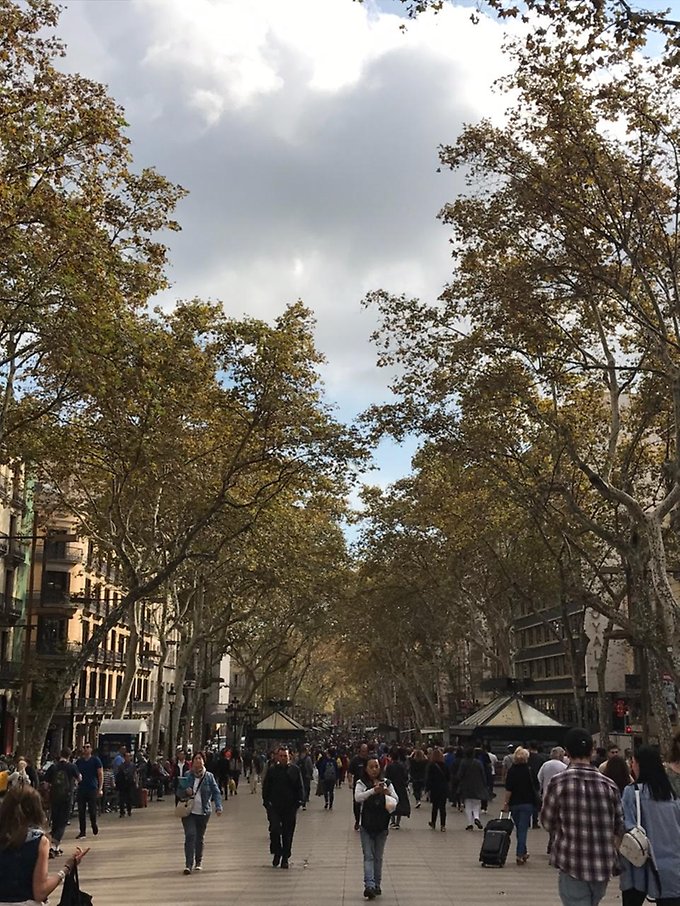 Different sides of the pulsating Barcelona

Among the city’s most exclusive stores and tourist filled streets were one of the most outstanding buildings I have ever seen as well as the spectacular construction of the commenced but not yet finished cathedral, La segrada famillia.

Early this morning I was woken up by the person on watch. I guess that seven o’clock isn’t that early but if you take into consideration that I have had the watch from 12 to 4 every day and night for the last week at sea, maybe then you’ll understand how the transition in time have been somewhat difficult. This morning I had high hopes for the day because this day was my first day off watch, which means that I’m obligated to spend the day however I like. For me this meant a whole day in the city. Myself and five others left the boat directly after the gathering on main deck that we gather for every morning to rise flags, “strike eight bells” (ring a bell to symbolize that it’s eight o’clock) and receive essential information from captain and DOS about the current situation in port. When we had left Gunilla for the day we strolled around in the food market St. Joseph La Boqueria and then we made it all the way up to the cathedral, La segrada famillia.

We went through the Gothic Quarter on our way there and it was an especially pleasant area to be in with narrow streets and beautiful houses. When we arrived too the cathedral I was shaken by the magnificence of it all. We spent some time just paying attention to the fine details of the masterwork that since I was there a few years ago still was under construction, but I guess that didn’t catch me by surprise since it has been under construction for over 135 years this year included.

Another stop that we did was at Casa batlló, a house with unique architecture that really stood out against the more modern houses. We made sure to return home to Gunilla in good time for dinner because today pasta bolognaise was served. On our way home, we took a little detour through Raval, the district on the opposite side of La Rambla and Gothic Quarter that we had been to earlier. It had some amusing surprises, among others some vintage stores and a shop that served waffles with crème brûlée. After dinner, back at Gunilla, me and some others decided to take a run in the drizzling rain to view Barcelona once again but this time under the open night sky.

The day was spectacular in many ways and I had so much fun spending time with my classmates and experiencing the constantly pulsating city of Barcelona. Time has really sprung by fast and I can´t believe we´re already halfway through. I’m looking forward to meeting you back in Sweden in a month, till then, take care.