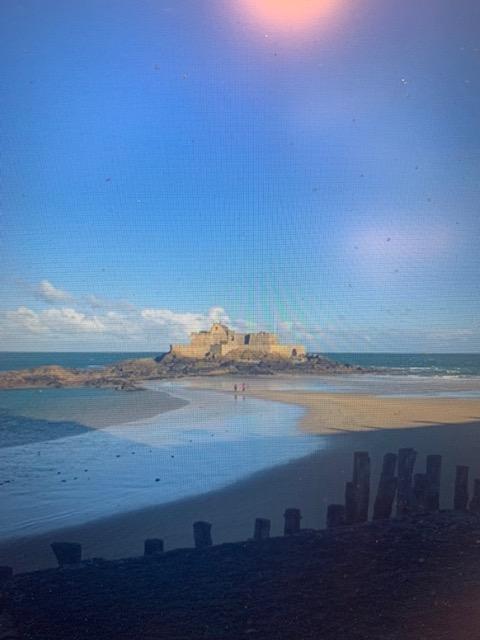 I woke up unusually tired and went to the lineup 5 minutes before it started. After, I went to my bed again, I slept in two more hours before Emmelie, Alice J and I went out to the city.

First, we walked for a while on the wall around the city. It was awesome and the view of the clear blue and wavy sea was nice. We went into town and to go shopping, most stores were closed which was boring and a bit strange considering it was Monday. Afterwards we went to a hamburger restaurant and enjoyed delicious burgers before we went back to Gunilla for line-up. On the lineup sang Portside a song they had written to their old foreman Soraya and to the mate Mikael. The song was great and I think it was brave of them to sing in front of all of us.

After the lineup we got ready to sail on. Everyone prepared for a rocking day. Our mate Leo even recommended putting on a seasickness patch. We prepared for departure and Leo said we would get sails up as soon as possible because they reduce the rocking. Already in the lock out of the harbor we were up in the rig and canceled the sail. A tension spread among the watch when darkness came and we knew that a watch with action was waiting. All crew were up on deck to help, which had never happened during our travels before. It started to heel at lot, Gunilla suddenly felt quite small as she bounced around in the big wavy dark sea. We set sail after sail and while we were hauling a wave hit the deck and more of the Midships got a shower. The adrenaline rushed and everyone continued to work. This was an exiting watch we have never seen before, everyone agreed. When we sat down in the big mess after the watch, everyone was filled with joy.