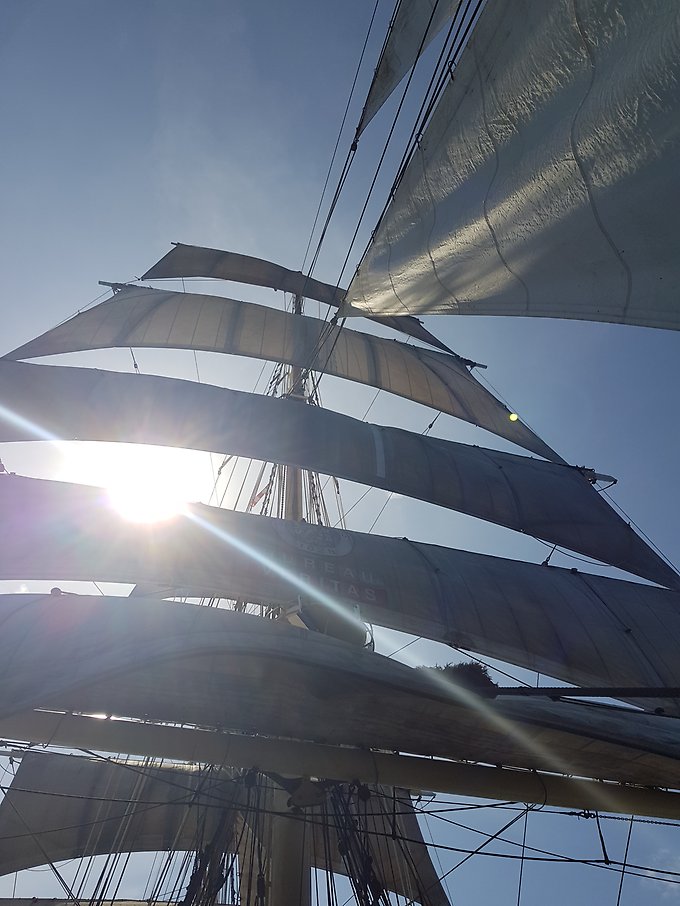 Today is the first day of many on this boat! Oh wait it’s not the first day! It’s not even the second day. It’s some day! But I don’t know which one. It’s hard to keep track of time when every day is the same.

All days blend together and it feels like we have been at sea for more than a week. But at the same time it feels like it was just yesterday that we arrived in Miami. We are now half way over the Atlantic Ocean, and I can’t complain. Even though every day feels the same and time moves like a snail, it’s still one of the most fun days in my life. It’s always something that happens from a fun line-up where only the watch leaders took part, to good talks on the night watch. But everything has its ups and downs, but that it’s just how it is. Sometimes you just have to stand out with little sleep or enjoying classmates. But the most boring thing that brings me down is all the school assignment. At the moment I’m really school sick and I have a hard time studding. Off courses I want to succeed in school and get a good grade. But at the moment I don’t have the energy to study which brings me down even more.

But enough about me! I guess you want to know more about our current status. At the moment we are sailing with the speed of 6,5 knots, and we have sailed about 900 nautical miles, which is pretty much half may. Other stuff that have happen is that a rumour have immersed about a pool party, or “Party de Pola” that it’s supposed to be called. What a Party de Pola is I’m not sure, but rumour has it that it involves turning the main deck in to a pool! Sounds fun! But at the moment it’s just rumours so we will see what happens.

That’s all from me this time! Bye!