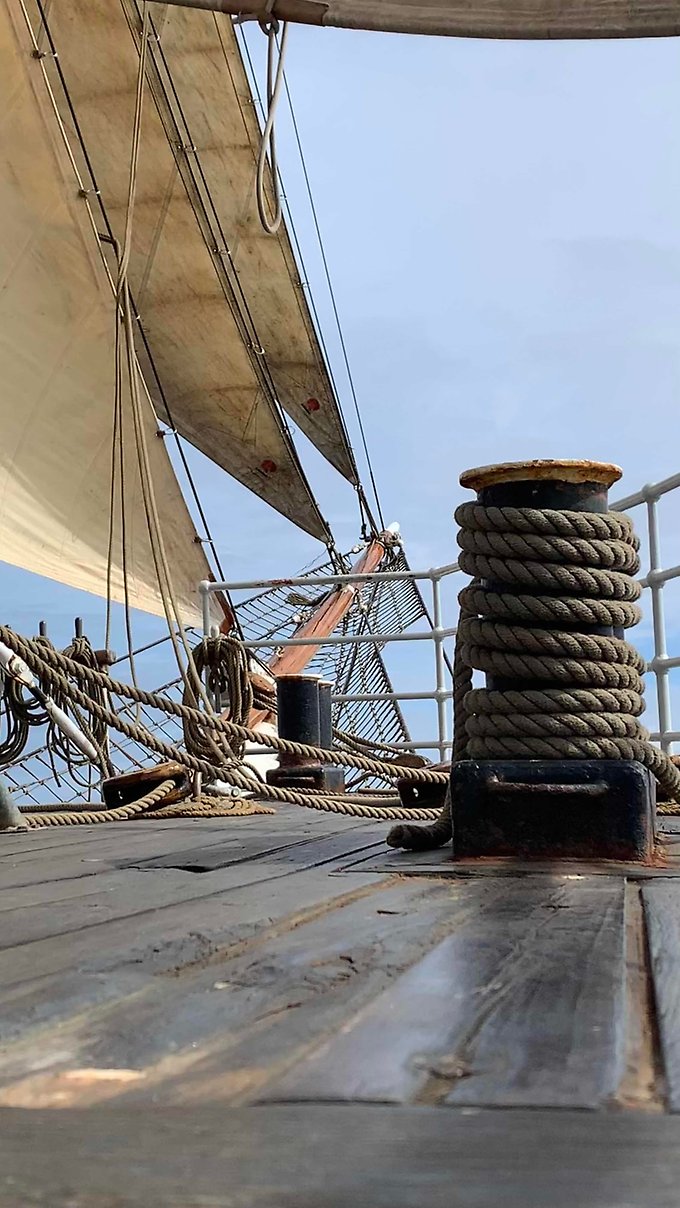 I took big a step through the door out on deck and for a few seconds I didn’t notice what was happening, I was confused. The commanding officers were screaming orders in each others mouths and students were everywhere running to different ropes trying to complete the orders that was shouted out in empty air.

Soon everything cleared up and I understood that I was supposed to do something as-well. I picked up an order, ”haul Portside jib-buntlines!” And hurried to the that rope to haul for everything I owned. At first I thought that we just were going to dowse the jib to make space for launching the mob boat but I soon realized that we were going to dowse every sail on the whole boat to make it possible to stop the boat. After dowsing the jib we continued dowsing all the sails towards the royal. We had 16 sail up at 12 past 2 pm when the alarm rang, 5 minutes later all of them were down, we stood still and we launched the mob boat.

When the buoy that represented the ”man” over board was in security and our goal was completed a sense of calm spread across the boat and I started to reflect what just happened. It was very cool to see the whole crew in such a sharp condition working at their best. Deck was a complete chaos with people everywhere and ropes laying over the whole boat but it still worked out and we got the Job done fast saving a potential member of our crew.

After a lineup with information regarding how the exercise went we headed towards the big mess. We returned to the mig mess in a tired but excited mood to continue the game of cards that was left on the table earlier that day.