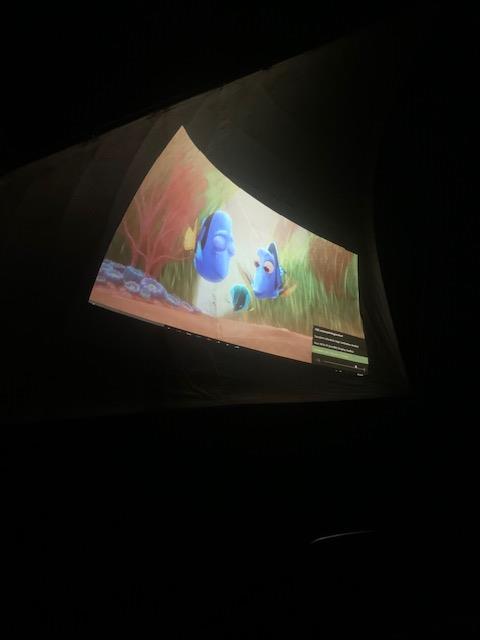 Today was another ordinary day at sea. I woke up at 11 a.m. by hearing the voice of one of my friends whom I share the cabin with. He told me he was going to get lunch so I quickly got up from my bed and put on some clothes. For lunch we had potato soup with bacon which I enjoyed a lot.

After lunch it was time to work so I put on my working pants and a t-shirt because today the weather was great and it was pretty hot outside. On today’s watch my position was standing post which basically means that you are lookout and your duty is to report everything you see that are of importance such as ships and land directly to the over steer man. After the watch I headed down below deck and got directly to studying which was pretty fun since I worked on my social science project which is a project that I seem very enjoyable. Later this day the whole crew did something that I had been looking forward to for a very long time. We watched a movie which was projected at a sail on half deck. The Movie was great and the popcorn we ate as we watched were delicious. When the movie ended me and my friends headed down below deck once again but this time we didn’t study, instead we changed into working clothes once again to prepare for our nights watch. The watch was like usual pretty calm and nothing out of the ordinary happened, I was lookout again. Four hours later tired and done working me and the other members of the watch headed down below deck to crawl down in our beds and finally have a good night’s sleep.