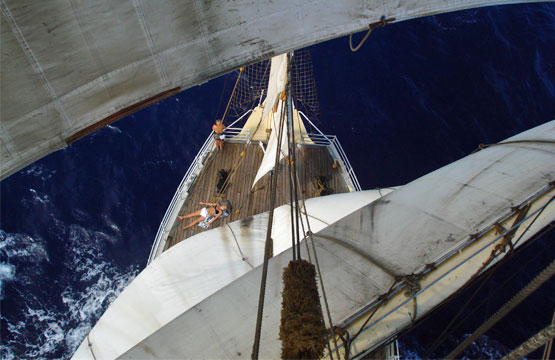 Today all of the seafare students went to visit a science museum called Cosmocaixa.

As usual we got roused at 7am to eat breakfast. At 9am me and all the other seafare students went to visit a science museum called Cosmocaixa. We took the subway from La Rambla to a place called Tibidado and then we walked for about 5 minutes.

We spent roughly 3 hours at the museum and we ate a tasty lunch box that our chef had prepared for us. I know there were som mixed opinions about the museum but I thought it was pretty intresting. There were a lot of cool experiments to watch for example one where they created a small tornado. There where also alot of intresting history about human evolution and they even had a samll rainforest with alot of fish and other cool animals.

We went home around 1pm but me and some other guys decided to spend some time in the city first. We went around exploring and did some shopping but then decided to head back to the ship and study. I'm writing this while waiting for dinner to be ready and im not sure what I'm gonna do after that, maybe I´ll go ashore again or I´ll just watch a movie and read a book im not really sure yet.