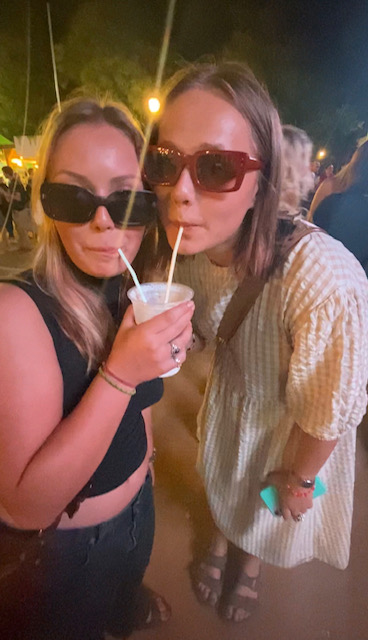 Sevilla at its finest

Right now, we are in Sevilla and on of the pros whit this city is that it’s so easy to rent bikes which we also did to get from the boat and back easier and faster.

Since the bikes were electric it felt kind of dangerous sometimes because you weren’t in total control it was almost like the bike controlled you more than the other way around. Biking was also a great way to see the city especially in the evening.

We started the day whit a visit to a local market that was held every Thursday and after walking around for while we ate the most delicious pizza, and it was ginormous too!

This day is one of those days when I totally understand why siesta is a thing here, but after some rest and regrouping we managed to bike back to the boat once again and eat dinner before we got ready to go out again. In the evening we paid a visit to a market where they sold a lot of jewelry and other knickknacks, they also had a whole food area whit food from a lot of different country’s and to top it off there were a festival at the same time so while we ate or food we listened to music and then watched a dance performance. After a while we road our bikes back to the boat where a spa night was arranged, and we treated ourselves for a while before going to sleep to reload for the next day.

My favorite part of the day was probably when I accidently lead about 10 persons on bikes on to a one-way street against the traffic for a while before a police officer came to right my wrongs. To my defense it was difficult to bike in this city and try to understand a map at the same time.