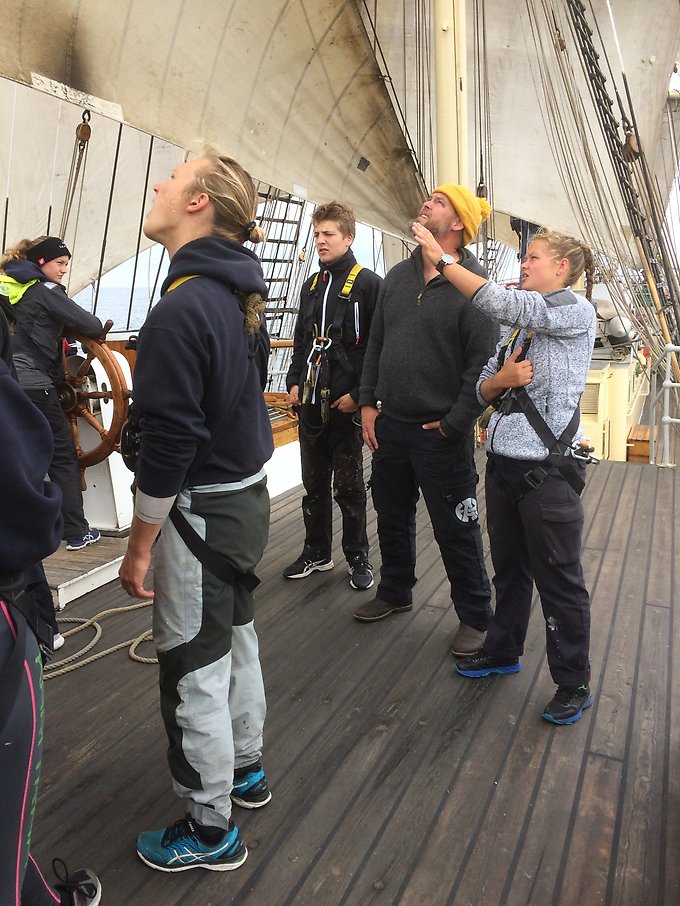 Struggles with the Royal

We woke up at half past three this morning and were told by the roundsman and were told to put on our warmest clothes because we had sailed in to a very cold wheatear.

Everyone was tired and under silence, everyone gathered on deck. where we relieved our friends and over took the command of Gunilla. Quickly after we went to untie the highest sail in the rig, the royal. Me and robin got up to the top and when we just had stepped out on the yard it began to tilt to the side we were standing on.

Apparently, a rope down on deck hadn`t been tightened up which had led to that the yard could tilt up and down like a swing. In order to release the royal, me and Robin had to walk out on each side of the yard in order to keep it levelled out.

When we were done we went down and it was time to set the sails but once again it didn’t go as planed when we were to lift the yard it had stuck completely and didn’t move a centimetre. The mast had just been varnished and was still very sticky so the yard bit in to the mast and stuck.

After a lot of pulling it finally came lose when Jesper jacked in the brass and that was about what we did today.