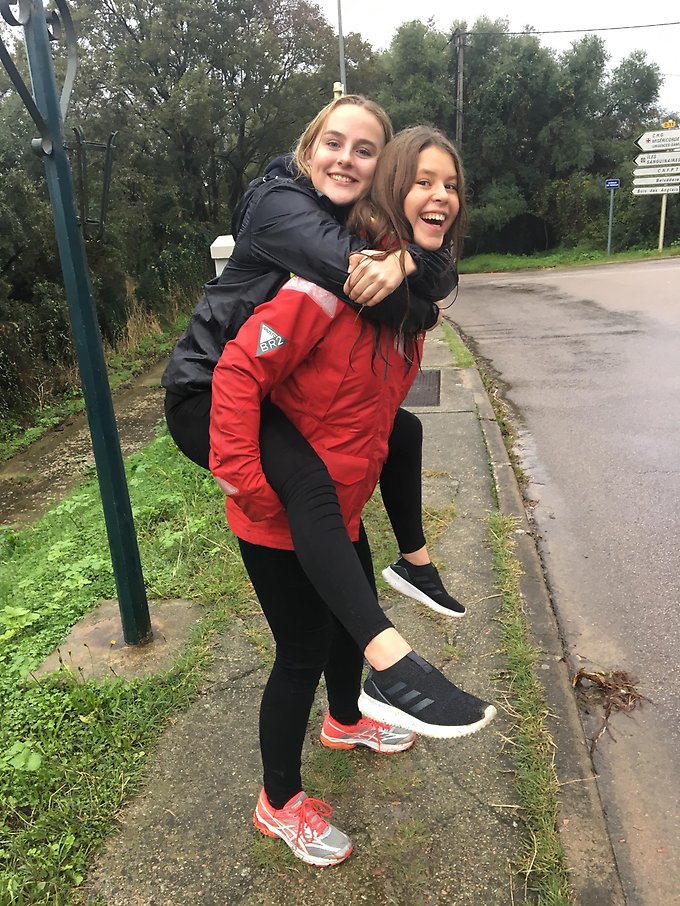 Studies, a walk up in the mountains and pizza.

They dragged me up the mountains my feet was in pain and the only thing that kept me going was the thought of pizza for dinner.

Directly after breakfast we had to be on deck at 7:55 just like any other day. Afterwards we had lessons and I finished one of my assignments which was nice. 30 minutes of studies then my class Sjöfart Däck was going to a ferry together with the Swedish military that has their sailing boat Falken next to us.

It was very educational and interesting to see and we got coffee and croissant. Afterwards I meet up with two of my friends Jenny and Amanda. Our plan was to look at the city and later on eat pizza at this restaurant. That was not what was happening.. They both wanted to walk up in the mountains and look at the view and I didn’t have a chose I had to come since we’re not allowed to be out by our self. So we started walking up, it was raining and you couldn’t even see the view that good. My feet started to hurt and I just wanted my pizza. After the longest 50 minutes in my life we started to walk down, well Amanda and Jenny. My feet were so hurt that I had to ride on Amanda’s back. Well not had to but it was really nice to take a break.

We came back to Gunilla before going to La Pizza (the name of the resturant) we arrived and it was closet!!!! I was so disappointed but looking up online seeing they were going to open in two hours. We decided to go back to the boat and wait sense it was raining. 2 hours later we stood outside the restaurant and they let us in 2 minutes before opening. Isabelle and I order a Parma pizza and we got it only 5 minutes after ordering. It was a very expensive restaurant, 15,00€ for one pizza but I can promise you it was worth it.

It actually happened kind of a lot today but not that much to write about, it was a nice day with new people, some rain, mountains and the best part, pizza.