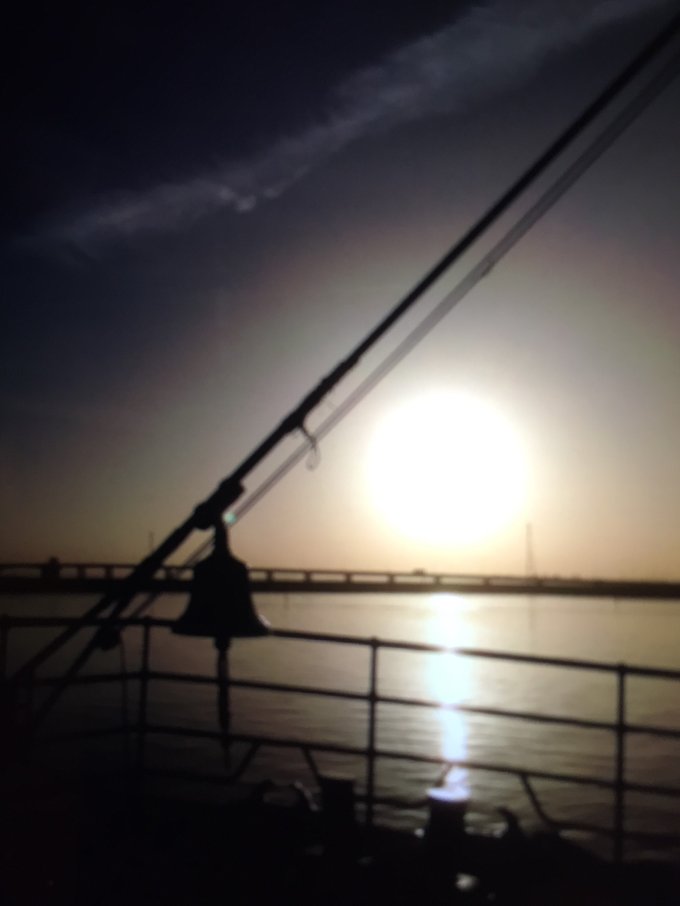 The day before the storm

The storm that I am talking about can be taken both literally and metaphorically. Today, the 19th of October is our last day here in Cadiz which means that we will have our first ever voyage tomorrow. It will, at least for me be quite tremulous and scary jet exiting and fun. I think you can expect sea sickness and tiredness among excitement and amazement. It will be a storm of emotions and a sea of experiences. Did you see what I did there? Nice choice of words, right? I don`t think it will be that windy though but if it would you could be able to take the expression literally.

After breakfast I found out that my day was going to be spend sitting on a chair at the gangplank for about ten hours. Which means that I had to guard the ship, in a harbour where the only people who got access to the quay was our students and the people who worked at the big depository. The depository that was blocking ALL view. I mean, I can give you a full interpretation of every brick on the wall. Okay, not really but I doubt you would like to hear it.

One thing that happened was that it was time for bunkering which happens about every third harbour. We refiled our fuel and got a food delivery in the morning which all and all took about three hours. The bunkering happened one day later than expected which means the deck program missed the opportunity to meet a Spanish class here from Cádiz all for nothing because they were supposed to stay on board to watch it.

We also got to climb in the rig and practise to lash and unlash the sails. To lash and unlash means we sort of packet and unpacked them and used different knots and hitches to do so. It was easily the best part of the day and I look forward to doing it again but this time actually using the sails.

When dinner had come and gone most of us gathered in “the big mess” where we eat during the time in the harbour to do our homework’s or just chatting. Then, because we (port) had the watch I had to climb up of bed at ten past twelve and start my watch at half past twelve to half past two. I can tell you this, you will freeze your heck of if you don´t wear the right clothes.

The conclusion of the day is that sailing a ship is hard, but worth it. Even though you must get up at twelve or one or four o’clock in the morning you will want to drag your ass up out of bed to do all the extortionary thinks we get to do.