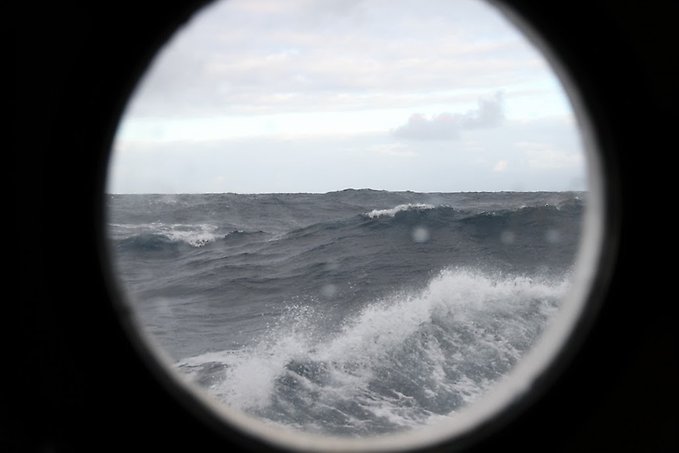 Tomorrow it’ll be nine and soon a week. Sometimes the best part of something is the countdown of it, the up building of excitement. And it always helps having something to look forward to. Ever since that hell-of-a ride over Biscay I’ve been telling myself the amount of days left until we go home like a prayer in my head.

Sure I prayed less as soon as we got to Spain and I had some of the best days of this whole trip in A Coruña. But the thought of waking up in my own bed, eat breakfast at our kitchen table and say good morning to my dog just wont stop sounding like the most wonderful thing in the whole wide world. The ironic part being that around day three at home, that picture will go back to being just another boring, normal morning and instead I’ll miss asking the galley-rat for oatmeal while my tea spills side to side by the rolling of the waves.

Now we are out at sea again and I was afraid this would be part two of “The (worst) days of our lives”, but I’m doing great! Also, not being seasick and wanting to die really help times go faster. So maybe my prayers really have been heard and before I know it it’ll be 0 days left. Instead of wishing to go home, I can start wishing to go back. Because why be satisfied, when you can always imagine the grass rainbow-colored on the other side.

Now it sounds like I hate being here, that’s not it. Well, sometimes it is, but mostly I love it here. The thing for me is just that I want what I can’t have, but that doesn’t mean I don’t want what I do have. Also there’s no countdown for the things you already have and then what’s the point?