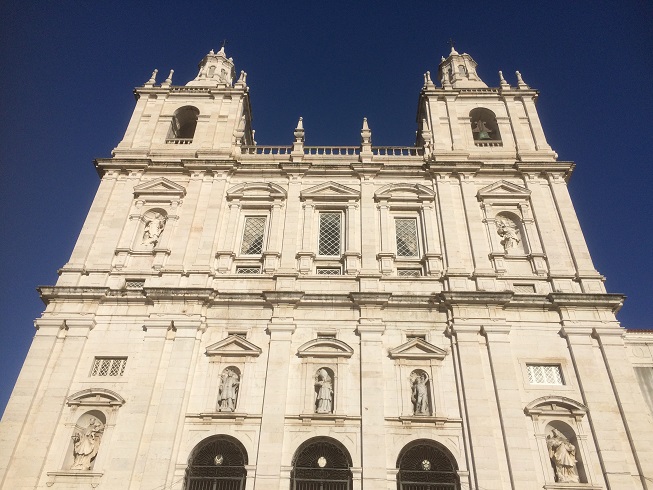 A day in Normandie

When we got up on deck at 7:55 AM for line-up, we were met by pouring rain and an ice cold, strong wind. About fifteen minutes later the bus, which was going to take us to Normandie, arrived at the quay. The bus ride took about one and a half hour. Perfect time for a short nap.

The first stop of the day was in a museum. We got a pre-recorded guided tour using a phone-like audio apparatus which described the battle of Hastings in 1066. An embroidered tapestry demonstrated the details about the legend. It was made for the average people living in this century, which neither could read or write, so that they could understand and take part of the history anyways. The museum is located in a small town called Bayeux. After the tour we got about two hours for ourselves to walk around Bayeux and explore its picturesque streets and cafés in the sun. We ate incredibly good crêpes and croissants.

From Bayeux we went further to the American memorial Cemetery. There unbelievably many American soldiers were buried after the invasion of the Omaha Beach on the 6th of June 1944. Also known as the D-day. It was a very tragic sight in a peaceful place. After, we went to the German memorial cemetery. There were very many big differences between the cemeteries. Maybe because of the various perceptions of the different “sides” of the war.

Suddenly it started to rain a lot, and everyone got soaking wet. The last stop of the day was at the church “Sainte-Mére-Èglise”. The day before D-day, a paratrooper got stuck in one of the pinnacles of the church tower, leaving him hanging on the side of the church for hours. You could see a statue of him hanging in a parachute from the top of the church.

When we came back home to Gunilla in Cherbourg, I had watch. We cleaned and corrected the hawsers. Another big event (in my opinion) was that today was our watch´s washing day! I had been longing to wash my clothes for a very long week and I´m happy to not smell like tar anymore.

This was an eventful day of many new experiences.