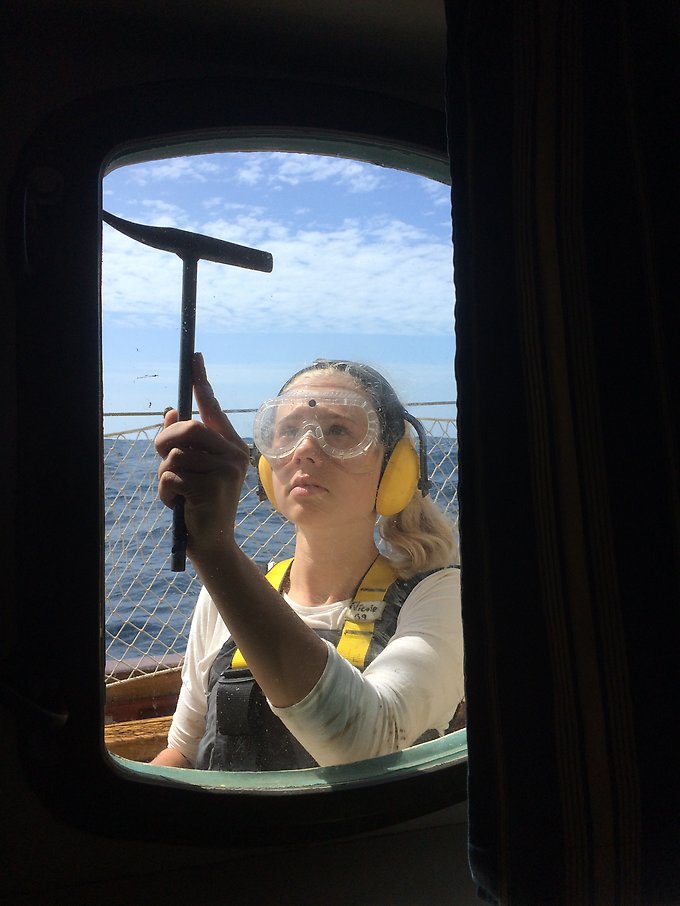 Today was like most other days on board T/S Gunilla, nothing too exciting but still beautiful and very hard to beat.

The day started 07:00 after a good night’s sleep as I had been rocked to sleep by the waves, almost as if I was in a rocking chair. Most of my friends on Gunilla hate the rocking from the waves but I quite like it, as long as it’s not too wavy so things fall to the floor.

As I mentioned earlier nothing really happened today, I spent nearly the whole day getting rid of all the rust on the boat by first genteelly knocking on the surfaces with rust using a hammer. After that when most of it was gone I switched tool to a brush that was made with metal ends to get rid of the last rugged surfaces. Finally, I used some fine sandpaper to give the paint something to stick to. What happens is that the sandpaper scratches up the smooth metal so the paint has somewhere to set. Without doing the last step the paint doesn’t really have anywhere to stick and will come off a lot easier.

After all the hard work the final step of painting was in sight and I could soon appreciate all my hard work with that first layer of paint. Or so I thought, the time had just flown by as it usually does on board this boat full of teenagers. I had done all this hard work for what felt like nothing. Someone else, completely unaware of all the preparation that I’d put in to my work just came along thinking that it was a piece of cake and took all my hard work for granted.