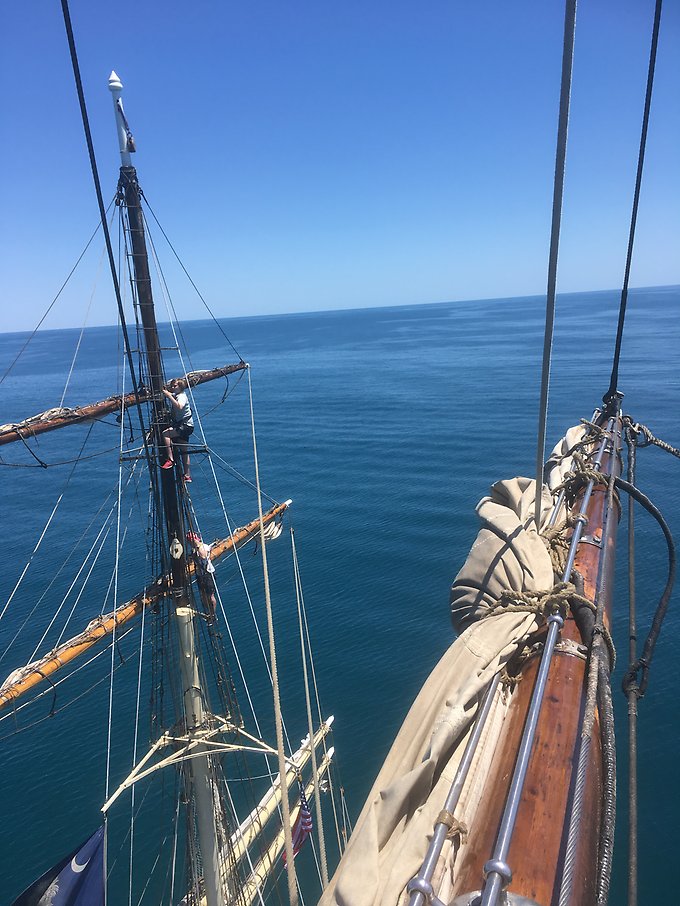 This day started with the noise of all shares flying around in the living room at 06:15. The reason of this was a 90 degrees wind shift that came in 2 seconds. This made the waves come from the side, so the boat was moving a lot more in the waves. After this terrible wakeup call I could sleep again for one hour and then it was time for watch.

At 8 a clock our shift started and the weather was much more like in Sweden than it had been before, a lot of wind an a grey sky. This weather had a perfect timing for me because I spent the day in the kitchen, escaping from the bad weather with some nice music.

After the watch I was as we say “kollapsad” (collapsed). For you who haven’t been in the middle of the Atlantic after seven days on a ship I can explain that “kollapsad” is when you have no idea witch day it is and the only thing you do is sleep and eat. I slept from 12 to the three snack and then I slept for two more hours until dinner, in other words my day wasn’t a good day to write about.

At 8 a clock it was time for the kitchen again with some more energy this time. The four hours in the kitchen was spent well with some music and food. At this time we also realised how the sea have affected us when four 18-yearolds stand in the kitche and sings “ Var ligger landet där man böjer banenerna” while we realise how good it is to make cinnamon buns made of bread, butter, sugar and cinnamon in the microwave.

So that was kind of everything that happened today. It’s lie the short story of the atlantic, eat, sleep watch, repeat!