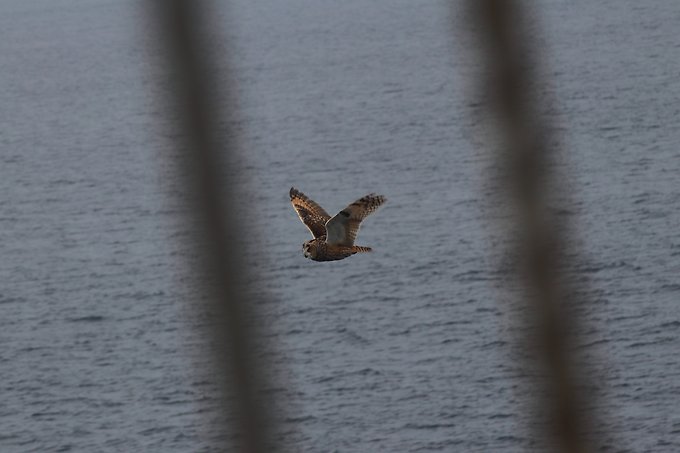 Now it’s just one day left until we will arrive in Lisbon. You can find out that we are closer to land and in more exotic water since birds and big water animals has started to show up.

Today in the middle of the night at 00:00 my watch starboard stood lined up to start the night watch, everyone was quiet and listed to our captain Hans talking. Then suddenly a little bird flew over our head and landed on Simon’s, one of the boys in my watch, head and everyone started to laugh. After this funny moment we started the watch as usual, but just after about fifteen minutes someone shouted dolphins. We looked at the sea and saw dolphins swimming beside the boat. The dark ocean was lightening up in a magical green colour around them since there was sea fire. It was stunning! When the dolphins had swam away, we continued with our work on deck with a lot of amusement.

In the, for us, morning at 12:00 when our day watch started, we were told the terrifying fact that Fiffi had died. Fiffi was a little bird that has been living on the boat since yesterday. She laid in a bucket with a piece of cloth wrapped around her. It was horrible to see, and we decided to have a funeral with the whole crew later in the day.

At the watch I was lookout, lifebuoy guard and helmsman, therefore I was not excited because I always think it is kind of boring, but this day happened to be far from boring. It all started when a big black fin suddenly showed up far ahead in the ocean and slowly passed the boat. First, I thought it was a dolphin but our animal lover Karin that now is Gunilla's bosun said that it must have been a shark. That was very cool since I have never seen a shark outside an aquarium before. We all were looking out over the sea when the shark fin slipped away in the ocean when suddenly a big bird showed up and landed in the mast. When Karin saw it she shouted in shock that it was an eagle owl and told us that it was very rare.

When only 20 minutes left of our working shift, the time had come for Fiffi’s funeral. We all were gathered at deck and captain Hans played violin and Karin played banjo at the same time as they sang a song. After that they dropped Fiffi in the sea and we had a minute of silence. It was a beautiful but sad moment, that also reminded me about how glad we should be to be alive, and I am especially glad to be alive here on Gunilla!