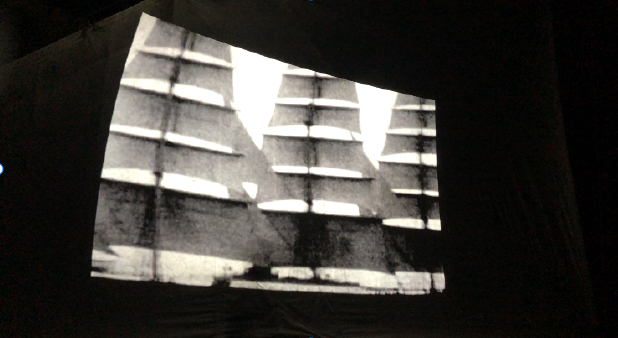 My watch got woken up at 7 o’clock for breakfast but barely half of the watch ate, the rest slept instead.

After breakfast I got changed for my 8-12 watch and I was not excited at all because I was gonna be helmsman (once again…). Not much happened but it was sunny and pretty nice weather outside so it was okay.

I took a shower after the watch and then I ate lunch and had lessons. Out at sea we have three lessons a day except the first day at sea and sundays. Today we had book talk in Swedish, PE (I don’t think anyone actually worked on that tho) and the last lesson was a port presentation because we will arrive to La Palma tomorrow.

During dinner I heard people talk about movie night on one of the sails which turned out to be true. At 19:30-20:15 the whole class were on quarterdeck and watched the movie “Around Cape Horn” on one of the sails. It was cozy but no one could feel their butt or legs afterwards as everyone had been lying on top of eachother.

After the movie I had watch again because the clock was after 8. During the movie the officers in command were posts. I was the helmsman, just like I was in the morning, but this time we who were posts actually got to see something. We saw land. After 5-6 days we finally saw land. Or actually we just saw some lamps because it was dark outside but still.