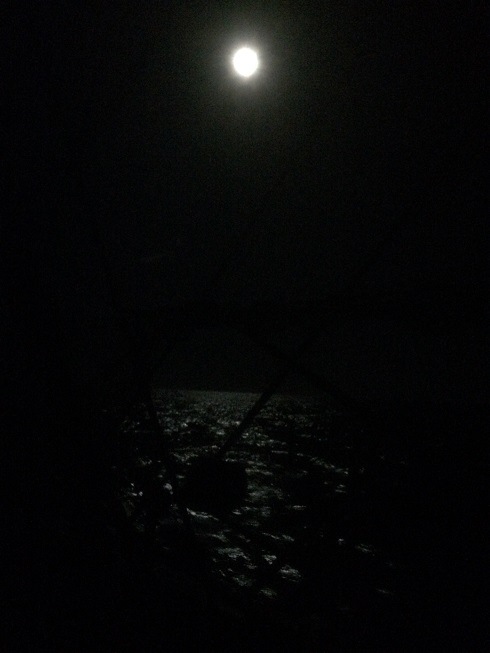 The first time I woke up this morning at 23:30 I knew that I had to hurry. After walking up to deck, I knew what was waiting: walkning around the boat and naming every rope there is. After doing this we… did it again! And again!

Luckily there was some light from the big shining moon to help us see. But at two a’clock, it was fika-time, The best time of the night. With freshly baked bread and jam, it isn’t hard to undertand that everybody wants the fika to last for ever.

The second time I woke up today was at eleven o’clock, I went directly to lunch. It was peasoup. After stresseating the food I hurried out on half-deck. The shift started at 12. I was post which means I had to stand still all of the four hours we had our shift. While looking out at the sea I saw my first flying fish. It was exiting at first, but at the end of the shift I had seen more flying fish than I could count. Later, I was stearing. I find it quite hard to steer the boat because the wind is always shifting and the streams pushes the boat off course. When I was standing there, trying to make Gunilla sail straight, I heard a shout. My fellow post-mate, Rebecca, screamed ”Shark!”. But tour shift-leader, Anja, didn´t belive this. After informing all the people on the boat about this unusual occation, everybody was standing on half-deck and intensly they were watching the waves travel up and down beside the side of the boat with the hope of seeing a shark. And out there in the dark water, a big, black fen. And another one! The exitement in everyones eyes was even visible from where I was standing, at the rudder. After a while the ”shark” blew up water from its back. And sharks do not do that. Anja knew this. It was a killer whale. She was right, it wasn´t a shark. ”I said that” she repeatedly ecoed over the boat.