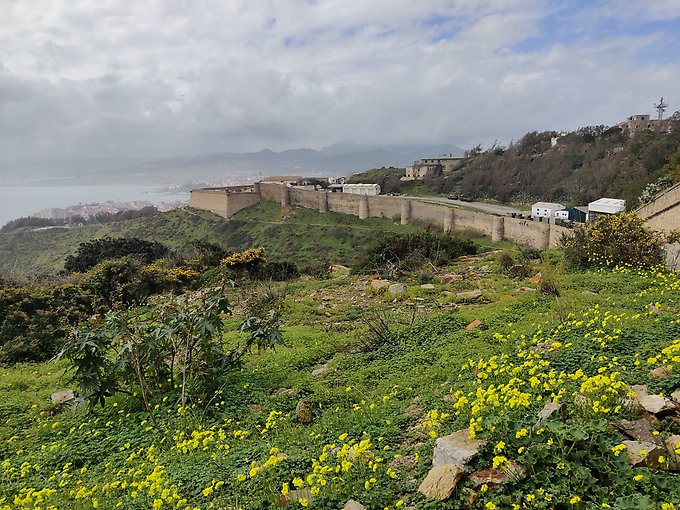 The siege of Ceuta

The day started with the usual morning routine meaning I slept in for 15 extra minutes, missed breakfast and made it to the morning head count just in time with my pants half way up. After an extensive brief of the city of Ceuta from our teacher Erling, me and Rasmus left T/S Gunilla to find some much needed breakfast.

We ended up picking a small little coffee shop only minutes from the harbor and ordered churros, sandwiches and what was supposed to be a cafe con leche but in reality was more of a leche con cafe. We then strolled around town looking for remains from the Franco era and other interesting artifacts from the times of civil war. After visiting the Franco museum recommended to us by Erling, which was both interesting and scary, we headed for Fort Monte Hacho at the end of the Ceuta peninsula. It was really a sight to see, with 7 meter high walls and military by the gate getting worried by our presence. Just outside the fort there was a significantly large lighthouse which we had seen earlier from Gunilla when we headed in to Ceuta. The lighthouse was even more impressive close up and even though the walk, in total, took over an hour and a half it was worth while in the end. We also ate some great Moroccan meatballs, or at least something that looked like meatballs, which was much needed after the hike. All in all it was a day packed with activities and a day I will especially remember from this trip.