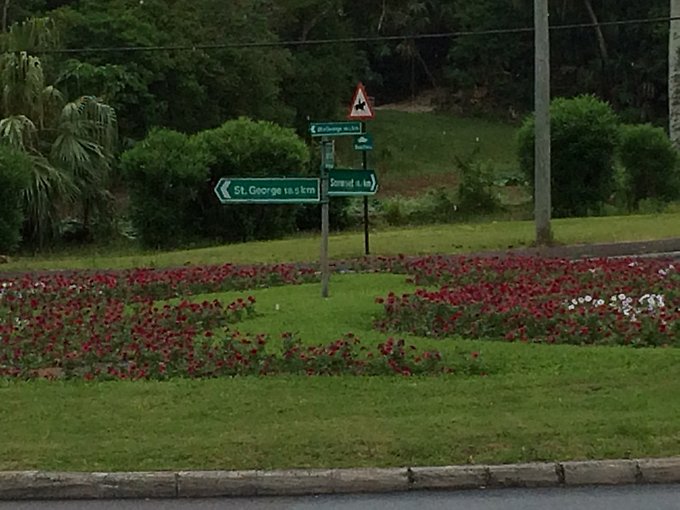 What an adventurous day!

The day started out as usual with breakfast at 7 am and lineup at 8 am. After that, me and 5 other friends went out to hire mopeds for the day.

The day started out as usual with breakfast at 7 am and lineup at 8 am. After that, me and 5 other friends went out to hire mopeds for the day. We hired 3 scooters and started to drive around on Bermuda. It was a bit confusing at first because of the left traffic but after a while we started to get used to it. Our first stop was at the city Hamilton, which took about 45 mintues to drive. There we had some early lunch at KFC, it was really good. Then it was time for the mandatory swim in the beautiful turquosie water. So we drove to a northern part of the island with cliffs hanging out over the water. We got our swimming clothes on and jumped from a 6 meter cliff. After we all had gotten in the water, we discovered a cave system in the cliffs. We swam in and got out of the water and started walking around in the caves. We met a man who told us the caves used to be a smugglers den back in the old days. We looked around and jumped of the cliffs for a while longer and then decided it was time to get moving. It had then started to rain a bit, which made driving the scooters a bit scary. So we took it easy and drove to a nearby convinience store for some snacks. When the rain had stopped, we drove to the most northeast part of the island called the dock yard. There we found a mini golf course owned by a swede. We played a good game of mini golf and the time was getting late. Since we were really far away from the boat, we started to drive even though it was 2 hours left until it was dinner on the boat. After a 1 hour and 20 minute drive, we arrived at the boat with our lives still intact. Cod with potatoes and a mushroom sauce was served. When the tasty meal was eaten we drove to the rental center and returned the scooters. Now i'm relaxing on the boat and trying to figure what movie I should watch.